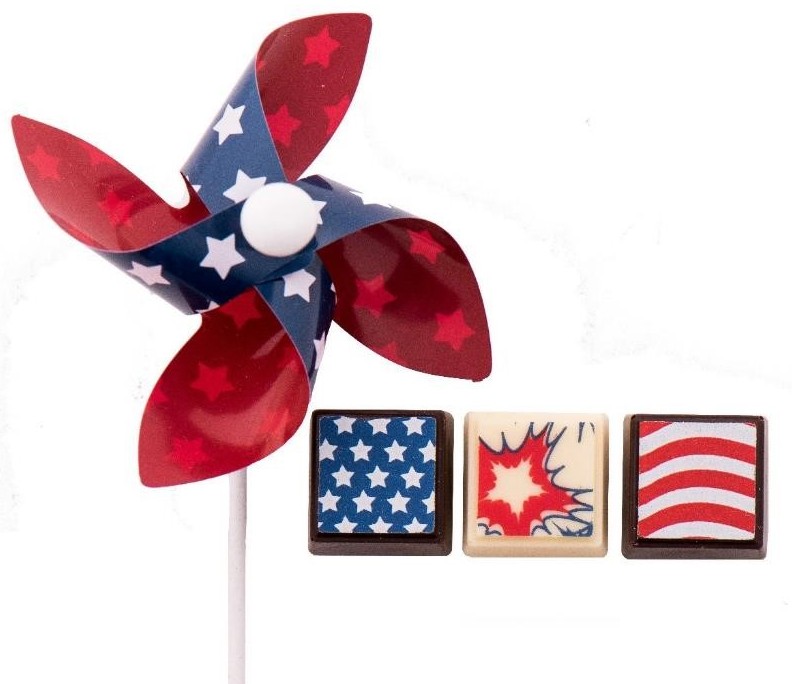 If you’re looking for chocolate memorabilia online you may come across an interesting find – military chocolate bars from WWII. There are actually a number of chocolate bars that have been rationed out to soldiers over the last 70 years. Chocolate was a food of choice for the military because it can provide lots of energy without taking up much space in a soldier’s pack.

However, the military’s cocoa was far from Delysia Chocolatier’s Chocolate Bark. This Memorial Day we’re taking a look at how chocolate has helped military troops both past and present.

The Chocolate Bars of WWII

The last requirement may seem a bit bizarre, but the military had good reason for the request. They didn’t want soldiers to gobble down the chocolate for a treat. They meant it to be a survival food that provided calories when they were needed most.

Like Delysia Chocolatier confections, the Ration D bar was meant to be eaten slowly. Soldiers also used it to make hot chocolate in a fashion very similar to our drinking chocolate. An image of a preserved Ration D bar at History.com shows that the directions stated, “To be eaten slowly (in about half hour). Can be dissolved by crumbling into a cup of boiling water if desired as a beverage.”

Putting the chocolate into a drink was a preferred method for many soldiers because unlike our decadent, handcrafted chocolates, the military’s bars didn’t have an award-winning taste.

Shortly after the Ration D bar was created, the military began working on another chocolate bar that was more suitable for the conditions in southeast Asia where troops were battling the Japanese. This chunk of chocolate was dubbed the “Tropical Chocolate Bar”. In addition to having a high melting point, this bar had a better taste so soldiers didn’t have to suffer through eating it.

The Congo Bar – Chocolate That Doesn’t Melt in the Desert

As our attention turned to the Middle East in the late 1980s, culinary geniuses at the Army’s Natick Labs wanted to create an even more resilient chocolate bar. What they created was the “Congo Bar” also known as the “Desert Bar”. It’s claim to fame was being able to withstand temperatures up to 140 degrees Fahrenheit without melting.

The Congo Bar was given out to troops during the Gulf War. While it was supposed to have a better taste than previous military chocolate bars, the soldiers’ reaction was mixed. Fortunately, the Gulf War ended so quickly the government didn’t have to procure many of these chocolate bars. They had such an ample supply left over that the remaining chocolate bars were wrapped in a camouflage wrapper and sold as the Desert Bar.

Today, chocolate is still a common commodity of K-rations (combat food rations) for countries all over the world. If you want to see actual military chocolate bars from the past the Smithsonian Museum now has a few cacao artifacts on display.

Show your appreciation for the military by giving a veteran or current military service member a deliciously chocolate treat from Delysia Chocolatier!