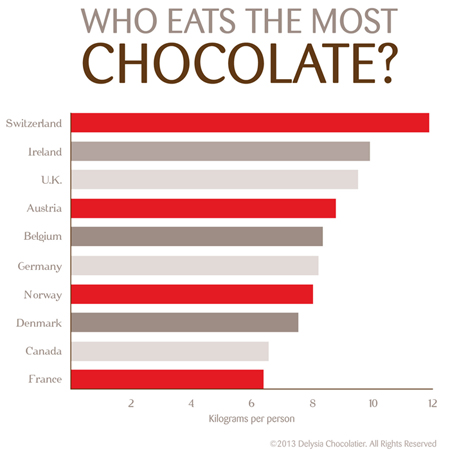 Who consumes the most chocolate worldwide? ConfectioneryNews.com published a survey conducted by Leatherhead Food Research mapping who are the biggest choco-holics in the world. The results aren’t really all that surprising. 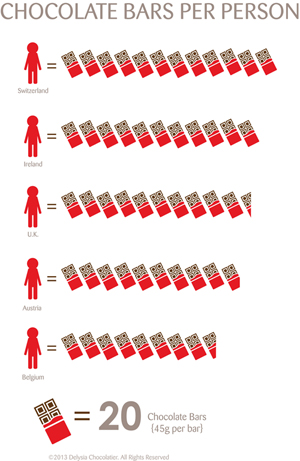 Switzerland – home to Nestle and Lindt – is number one, with an average of 11.9 kg (26.2 lbs) of chocolate consumed per person annually. If the average chocolate bar is approximately 45 g (1.6 oz), that’s about 240 chocolate bars per person consumed over the course of a year.

Although the bulk of the top chocolate-devouring countries are in Europe, other countries such as Russia, Australia, and New Zealand are indulging in their sweet tooth(s) enough to be included in the top 20.