One of Delysia Chocolatier’s favorite events each year is the Sustainable Food Center’s Farm to Plate Fundraiser at the Barr Mansion. We’re proud to support SFC and its mission to strengthen the local food system and improve access to nutritious, affordable food. Farm to Plate is one of their biggest fundraisers and this year’s theme was “Land of Green,” which was inspired by The Wizard of Oz. We took the theme and ran with it, creating an Oz truffle-scape. We even included a solid chocolate ruby slipper. 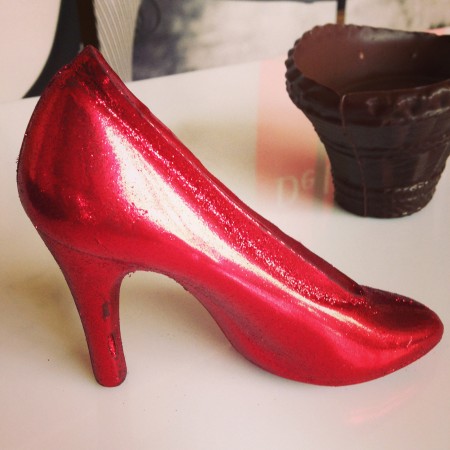 The designs were each named for a character while the flavors were straight from the farmers’ market. 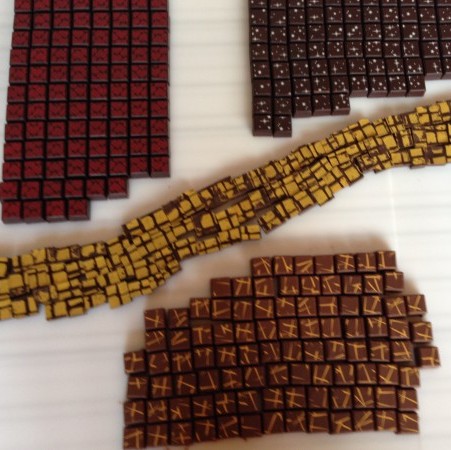 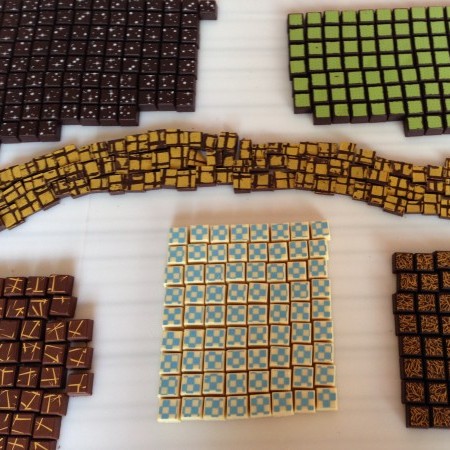 The Wicked Witch of the West – Vegan truffle with Asian red bean paste, spiked with sparkling sake and studded with dried strawberries from Poteet, Texas in dark chocolate. 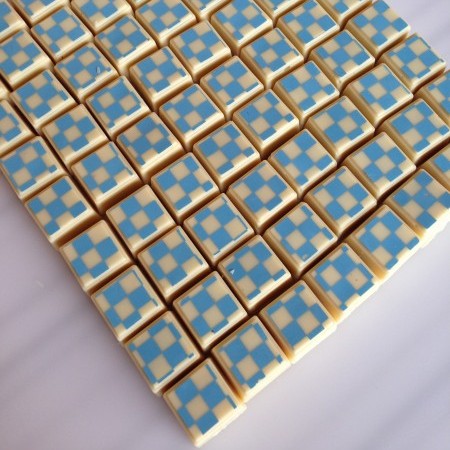 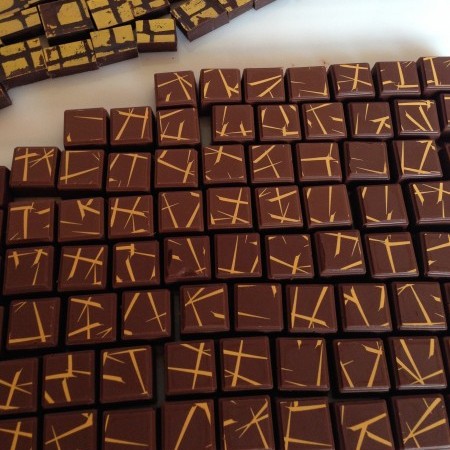 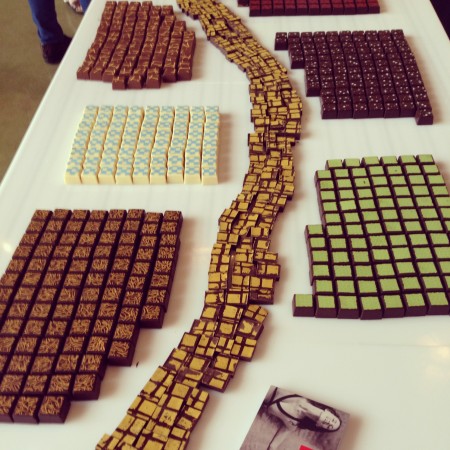 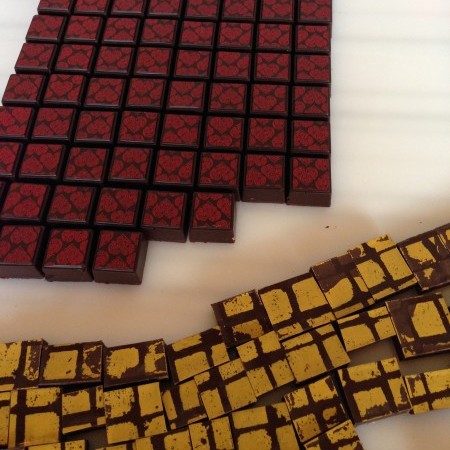 The response was incredible. It’s hard to say which truffle was the favorite of the evening, though the Tin Man was the first to run out. By the end of the event, we had just a few Yellow Brick Roads left. 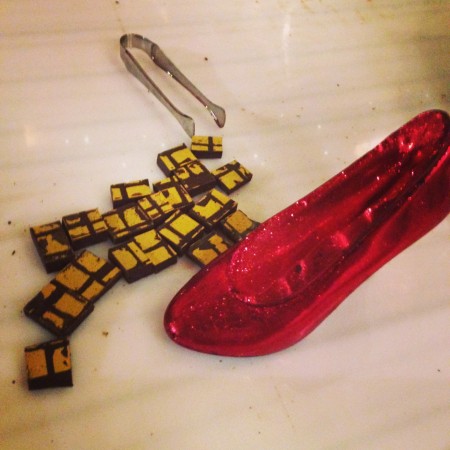 This was our most ambitious event display yet. And we were inspired by the fresh ingredients afforded us by our central Texas climate and look forward to creating more flavors that are farm to plate.