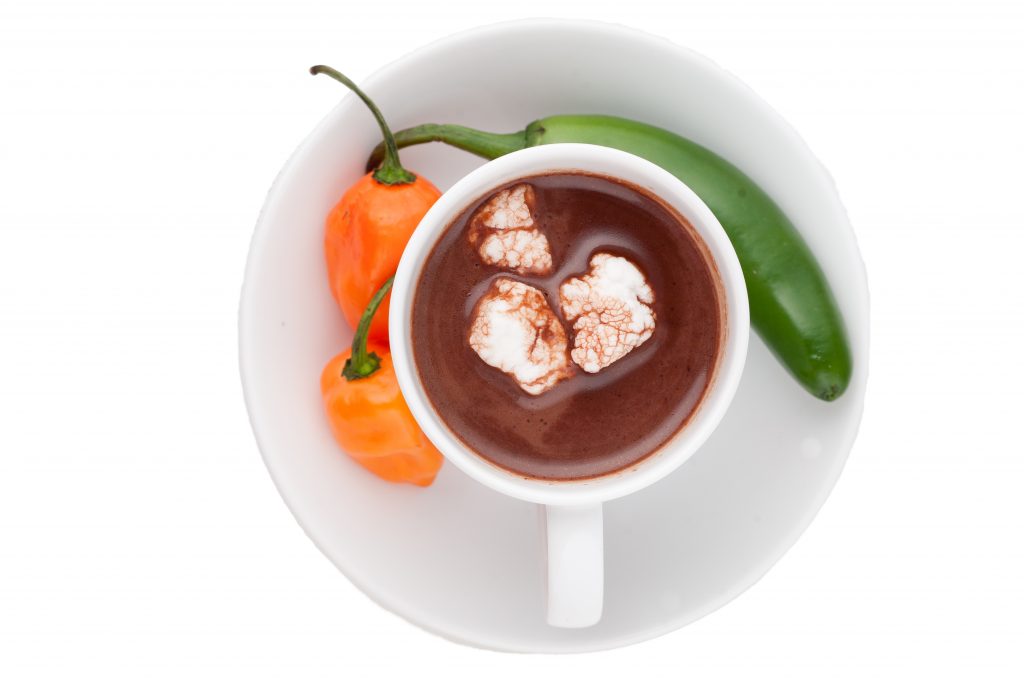 In the Delysia Chocolatier kitchen you’ll find us handcrafting truffles in the Parisian style and creating Italian chocolate confections like our Gianduja. We thoroughly enjoy bringing flavors and techniques from around the world into one chocolate boutique. So of course, International Chocolate Day is one of our favorite days of the year!

Every September 13th America takes a day of observance to recognize the wonderful world of chocolate. Like so many other culinary creations, every culture puts their own twist on chocolate. For the 2016 International Chocolate Day, we are paying homage to all the countries that helped cacao become a worldwide sensation.

The Discovery of Cacao and Hot Chocolate in Central America

The Mayans were the first to cultivate cacao trees and create drinking chocolate sometime between 250-900 AD. However, their original hot chocolate was bitter rather than being sweet. They mixed ground cacao with water, cornmeal and chile peppers to create a spicy, chocolaty beverage that the Aztecs later believed had aphrodisiac powers.

The Spaniard explorers immediately realized the Mayan’s drinking chocolate would please the palate of countless Europeans with very deep pockets. Soon after the Spanish conquests in Mesoamerica, Europe got its first taste of cacao.

Cacao became one of the biggest exports between Central America and Europe during the 1500s. Once cacao reached Spain, chefs started to sweeten it with sugar, which made chocolate drinks even more expensive and enticing. In France, chocolate was so high-profile it was reserved for royalty.

The Jamaican Twist on Drinking Chocolate

Daniel Peter may have created the first milk chocolate bar, but it’s the Jamaicans that are now credited with creating chocolate milk. Originally, everyone believed Sir Hans Sloane invented the concoction. We now know that Sloane came across drinking chocolate with cinnamon and milk while visiting Jamaica in the 1700s.

Once milk entered the mix the next big change in the chocolate industry came in 1828. Dutch inventor Coenraad Johannes van Houten developed the first cocoa press. This may not sound like a huge achievement, but the press made the mass production of chocolate possible.

For better or worse, America has brought chocolate to the masses through mass production. Using the cocoa press and conching machines (which produced chocolate with buttery smooth texture), American companies in the 1800s began to roll out large quantities of chocolate treats. While mass produced chocolate may not have the same high level of quality found in handcrafted chocolates, it has helped expand the cocoa options dramatically.

Happy International Chocolate Day to all of our Delysia Chocolatier customers around the world!

2 responses to “From cacao trees to International Chocolate Day: how chocolate became a worldwide sensation”